I am steadily ridding the world of horrid shades of brown. It’s not that I don’t like brown, but I dislike some of its manifestations, which could be named:

Our UK home is on an island along with thirty-plus other houses. At the moment the small Victorian iron bridge – the only access to our homes – is being closed at night for repairs and a neighbour asked us all on the facebook page to vote on the colour/s it will be re-painted

But, rust aside, the two colour schemes favoured are dark and light grey, and blue with white/cream. No-one has discussed the actual shades yet but the population seems split firmly down the middle on this, and I fear another ‘Brexit’ type situation – ‘Bridg-it’ perhaps?

The thing is, people in the UK tend to form a very strong opinion (as we have recently seen) and are polarised in their points of view. I do hope that families on the Island will not be torn asunder by such an important matter!

And oh please, anything but rust!

Running isn’t for everyone. But if it’s your thing – if you are used to just popping out and running fairly good distances – and then suddenly you can’t anymore… well, it’s hard to explain how that feels

Tonight the towpath beckons and I decide to do a couple of miles. I’m easing myself back in slowly after hurting my ankle back in March. It seems incredible that an injury caused while standing still can have set me so far back

Sadly, this will be the year I hang up the Hawaiian bikinis for good (it probably should have been a few years back!), but even that sturdy and sensible one-piece swimsuit won’t wear itself. So I’d better get on with it before the summer hols

There’s a honeysuckle that stretches along the path by the river, and as I pass it the scent is incredible. I fill my grateful lungs with the perfume, taking a reward for my small discipline this evening and feeling so glad I came out

Breathing is everything. I mean, obviously, because we wouldn’t be alive if not breathing, but also in running terms. It’s easy to put one foot in front of the other but it’s the right breathing that allows you to run. If you can’t match your body’s oxygen requirements you’ll just be exhausted in no time

Of course, there’s an exception to prove most rules:

Norman, a friend and associate in Singapore, is a hard-living heavy drinker who has chain-smoked all his life, but after suffering a heart attack in his late fifties in 2008 he told me he had taken up running on the advice of his doctor. He was fully expecting to hate it. Yet in 2014, while I was injured and had to forego my first ever marathon place at Brighton, he was running regularly and looking forward to his first marathon in Singapore. By the next time we got together for a few drinks a year later he had run two marathons and I was absolutely in awe of him

I asked if the second one was much easier

Norman told me how he had struggled on the second one, but had really enjoyed the first one. He was eating up the miles, he told me, and he only stopped for a cigarette at eight miles, twelve miles and twenty-one miles. I honestly thought he was joking. I didn’t know it was possible for a smoker to run a marathon, let alone to stop for a fag break along the way

I wonder if he stopped for a Scotch too?

As I hit the end of my two and a bit miles I stride out a bit, get a bit of momentum going, and I feel how my lung capacity has improved

I am no Norman. But for the first time this week, there is more in the tank 🙂 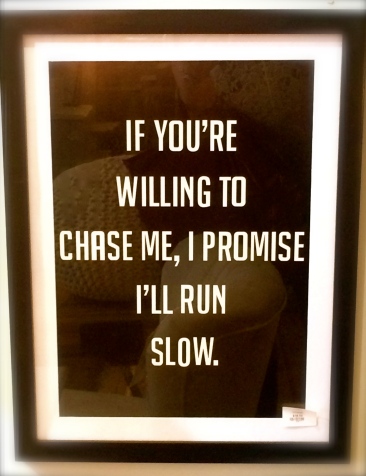 Strength and beauty in the wake of the storm

I just had to share these poppies I snapped on my phone this morning. Despite their delicacy they have survived last night’s torrential rain 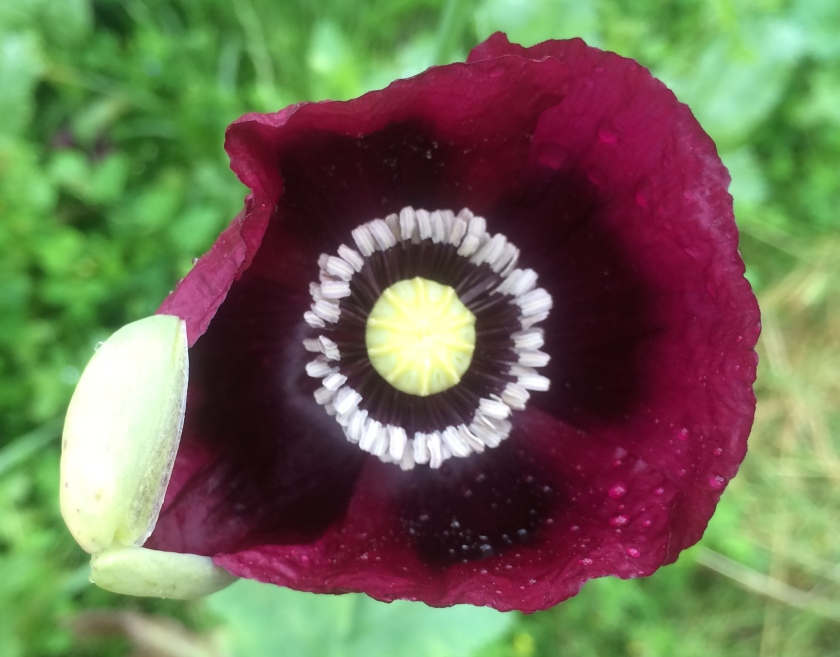 Some had folded over their silken petals 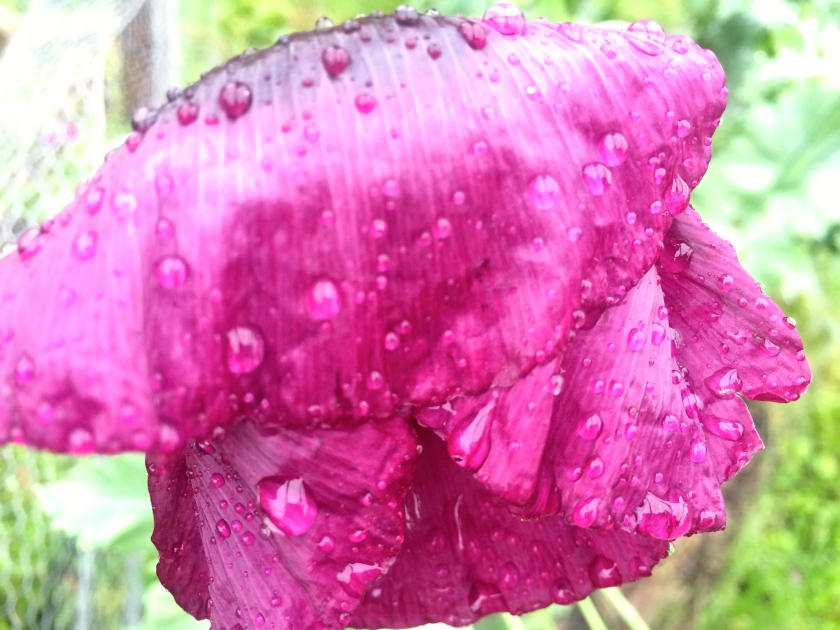 in an attempt to protect themselves 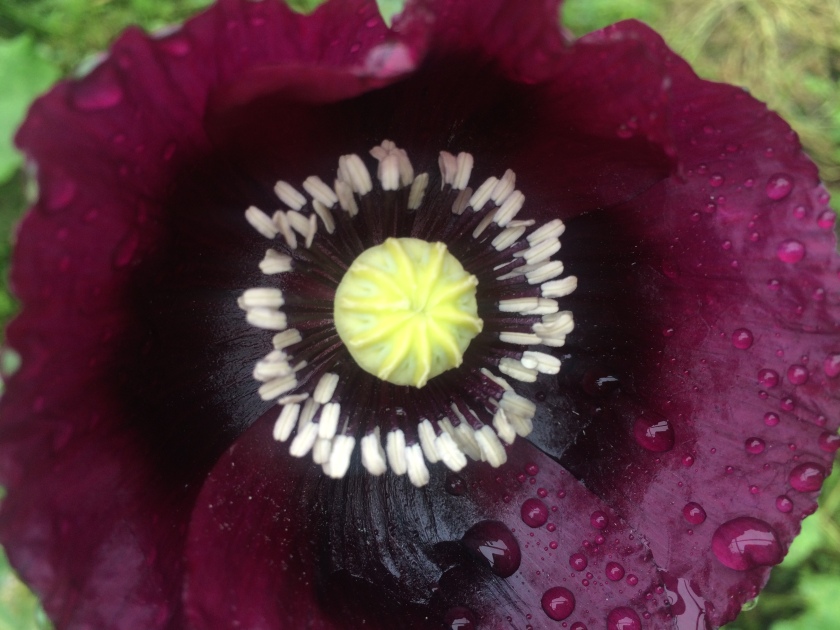 Next year’s legacy is assured

One loss and a near miss

At just six days old the first cygnet of the three has vanished. The family had been doing so well – swimming and promenading each day along our riverbank, so it was a shock

Soon after realising this, C spotted one struggling frantically half way up the steep garden steps, where he must have slipped. The two adults and his sibling were at the top and the entire family were frantic, squawking loudly. Luckily, Baz was able to pick the little fella up, ignoring the aggressive threats of its parents a few feet away, and to place him near them before any cats could pick him off

We’re all very attached to them, but from previous experience we know how difficult it is for the parents to keep these little ones safe while they’re small, due to mink and other predators, and also presumably because of their natural curiosity

And in case you’re wondering, Baz said the little one felt wonderful, just as soft as he looks

Who says swans are graceful?

It’s getting harder to mow the top lawn. It’s not so bad when the female swan is sitting on the eggs, but the male is very aggressive, and I decided to leave the bit nearest them

This morning we watched Mrs S get up from her beautifully soft nest, carefully turn and then cover the eggs. She stopped to take a drink from the ‘Miniature Heroes’ water container that the neighbours have thoughtfully  provided, and then advised Mr S that she was going to cool off and it was his turn to sit in the heat

At first he looked a bit surly. But she wasn’t stopping so he stomped over, resigned 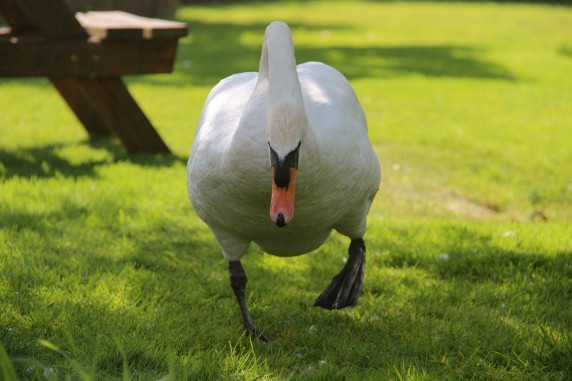 He hesitated, looking at the nest

He looked at me. I nearly backed off

He looked at the nest again. She made her break, waddling down to the river

And then, in a very un-swanlike manoeuvre he sort of ‘flumped’ down over the eggs, arse in the air, and settled himself in. It was less than graceful 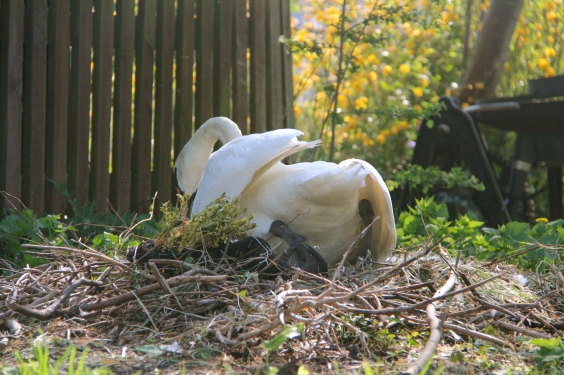 Of course, he soon recovered his composure, and looked serene

My neighbour tells me that swans, like dogs, cannot sweat. When they are hot they open their mouths and they pant. They have picked a particularly sunny spot to nest in, and I imagine that she really needed to cool off. I was tempted to join her…

Treasure comes in many forms

I love the memories attached to plants. The wild garlic and primroses were taken from Mum’s last garden before she moved. The honeysuckle was a cutting from our elderly neighbours who are now long gone. The bird of paradise was grown from a seed my father in law gave me when C was just a baby, and the clematis against the shed was bought in flower on our wedding anniversary. The memories are all part of the beauty

A neighbour moved away and her bungalow was to be flattened for a big house to be built with what the plans referred to as a ‘grand room’ for the newcomers. People around here don’t want to live in bungalows. They want houses with grand rooms

The lady had lived there a long time and had kept a beautiful garden, so when the workmen went home one evening after showing no respect for the plants, my neighbours and I squeezed through the hoarding and onto the site for some guerrilla gardening 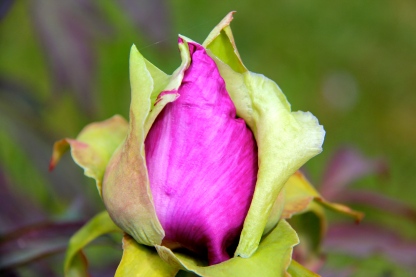 There was an herbaceous peony plant and a huge gnarly old tree peony. We took what we could, crept home and set about dividing up the spoils. It was fairly brutal, but we managed to split the tree peony into half a dozen potential plants and share them between us. As you can see, tree peonies, contrary to what the books say, can be successfully relocated.  Mine have been in this spot now for nearly ten years and they apparently thrive on the lack of care they receive. For a few years I was unconvinced that they were ‘performing’ and I gave them an ultimatum: either you knock my socks off or I dig you up

But I guess that did the trick, because now there are many tissue paper flowers, all as big as your head and they look wonderful under the pale spring blossoms

And as a bonus, each year as the peonies come into bloom we are all reminded of that charming garden as it used to be, now just laid to lawn. And we re-live our daft little foray

If you only have a very small talent, use it as much as possible 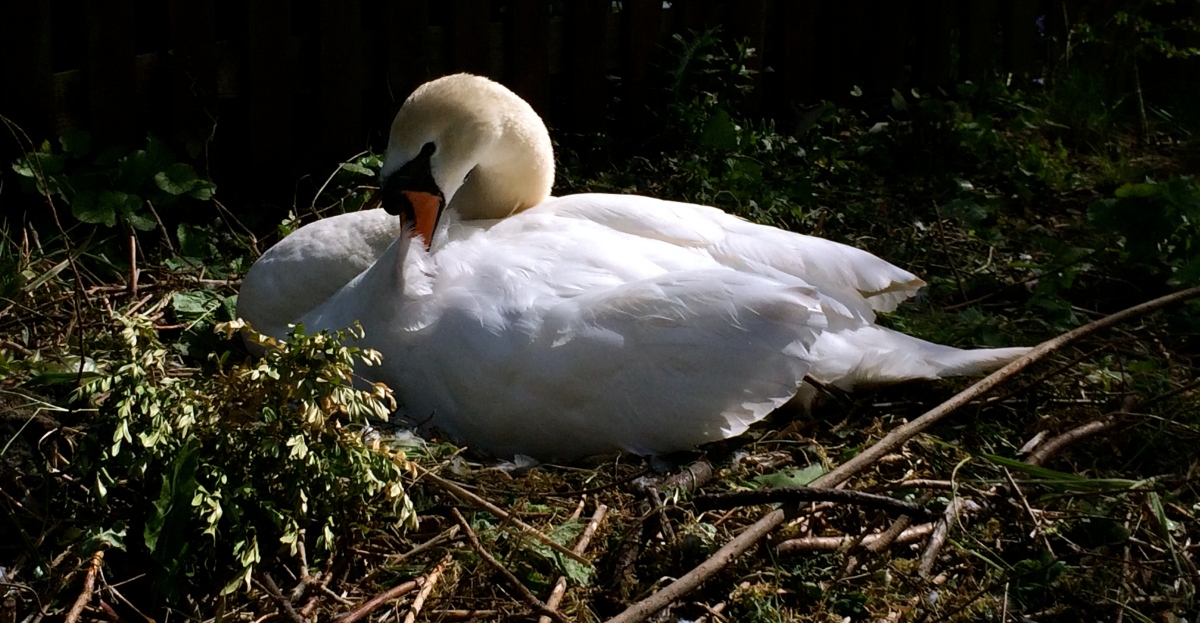 I only really have one real answer to a problem: WD40

I’m not brand-specific, but when a screw doesn’t budge I squirt it, if a lock or hinge doesn’t work I drench it, if I need to polish something I cover cloth or wire wool with something WD40-ish. I guess there’s just a lot of rust in my life

But birds are true artists of make do and mend. The swans have nested on the bonfire pile that I never quite got around to burning or moving from the river bank in the autumn. Three eggs so far, they have created home from our negligence. They have tidied and trimmed the weeds around it and they have bizarrely trashed our neighbours’ (Spanish) bluebells, and left them strewn on the bank 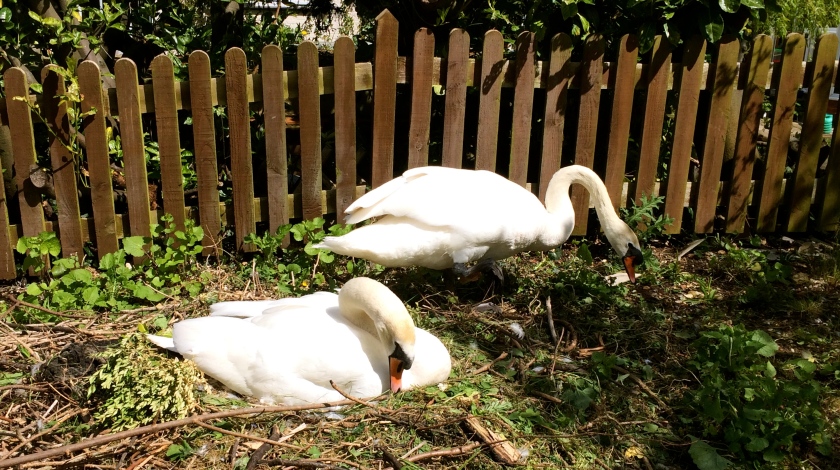 Yesterday’s main project for me was the shed door, rotten from the bottom up, having withstood two floods in the time we’ve been here (seventeen years last Thursday – I hold this anniversary as dear as any other). Baz was busy adding fox-proofing around the garden to give the chickens a bigger run, so I helped Baz lay wire under the grass

Normally when we use electric tools I’m the lowly facilitator, finding things, suggesting things, holding things firm while Baz performs the nobler and more responsible task of cutting. I got help from him for trimming the new wood for the bottom of the door, as much out of habit as anything. I salvaged most of the original door (even the old hinges – thanks to WD40) and now it’s primed and ready for a coat of ‘Garden’ to match the window we rebuilt in the autumn, (I just looked at that post and saw our beloved – and sadly now departed – Percy)

Baz and I have worked together professionally for over twenty years now, as well as living together. We have differences of opinion – sometimes very loud differences – but winning arguments has never really been on the agenda and that’s obviously part of what makes us a successful team: we’re not scared of each other’s point of view

The swans also work as a team. The male chose this nesting spot and persuaded his partner that this was the place, and since that time they have worked together to create their abode, both taking time on the eggs. Just after I snapped this the male came at me and I had to leg it, but I don’t know which of them has bluebell issues