A weekend away starts too well

After yet another croissant (“It was a chocolate one, I couldn’t help it”), Baz announces that he can have no more breakfasts for the entire weekend and that he should in fact “eat only dust”

“Dust and bubbles” I correct him: we are travelling to Reims to celebrate twenty years of marriage in champagne country. Bubbles are a given

Morning had forced us on to the next stage of the trip – the Eurostar from London to Paris. As we were escorted across the concourse of St Pancras, an animated old fella was thrashing out an energetic account of Billy Joel’s ‘Just the Way You Are’ on the station piano

Surely all stations should have a piano

So, why was I not happier to be leaving? What could possibly be better than champagne tasting?

It’s simple. We’d stayed overnight in Room 184, a junior suite of the St Pancras Hotel. Outrageously decadent, but we both agreed that if we could do it all over again, we’d do it all over there

(Just not too often)

That Sir George Gilbert Scott’s gothic masterpiece has been brought back to life, that it survived at all through the years of neglect and hostility (bombed in both World Wars and despised by many) is incredible. That much of it only survived due to the indifference and ignorance of a string of occupants* is poetry *This entire decorative alcove was saved because a previous tenant boarded over it. There were more but all the others are lost

The star of the show is the grand staircase, with its curves and perfect symmetry

3200 gold fleurs de lys, I am told, have been stencilled onto the red walls over the staircase – these are not GGS’s original design, but the new carpet was indeed manufactured to match the original and was faded just enough to look worn in 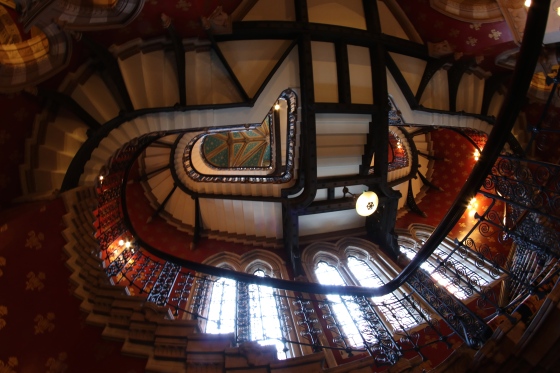 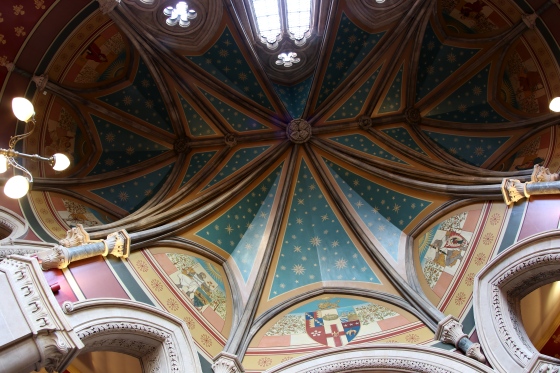 I haven’t attempted here to give you the history of the building: there are some wonderful ways to discover this, and one of those would be to spend a night here. But as someone who grew up in North London, and having known this building for many years only as an apparently derelict shell, I am in awe of how it has been imaginatively restored to one of London’s premier hotels